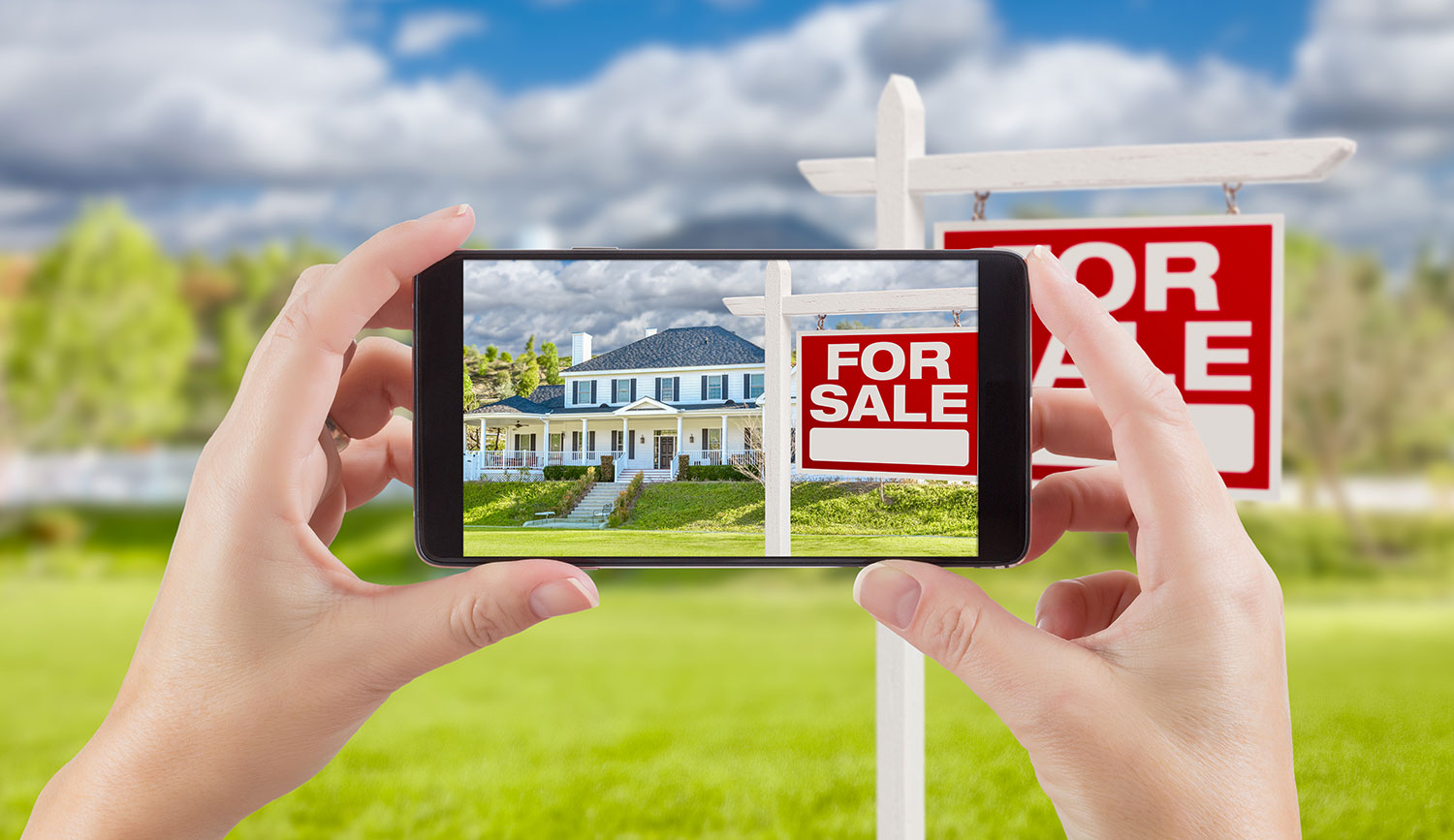 THE SMARTPHONE IS NOW THE DOMINANT REAL ESTATE ‘CAMERA’

Thanks in large part to technology, real estate professionals have emerged victorious from the global pandemic - a shining example of innovation, implementation, and prosperity during what should have been two years of drought.

The cruel reality of the pandemic is that it forced agents to either evolve or dissolve. The ones who evolved were likely able to do so because of two aspects of technology that saved the property market while revolutionizing the way property is marketed:

The chance that real estate professionals will abandon either of these two new allies is almost nil. 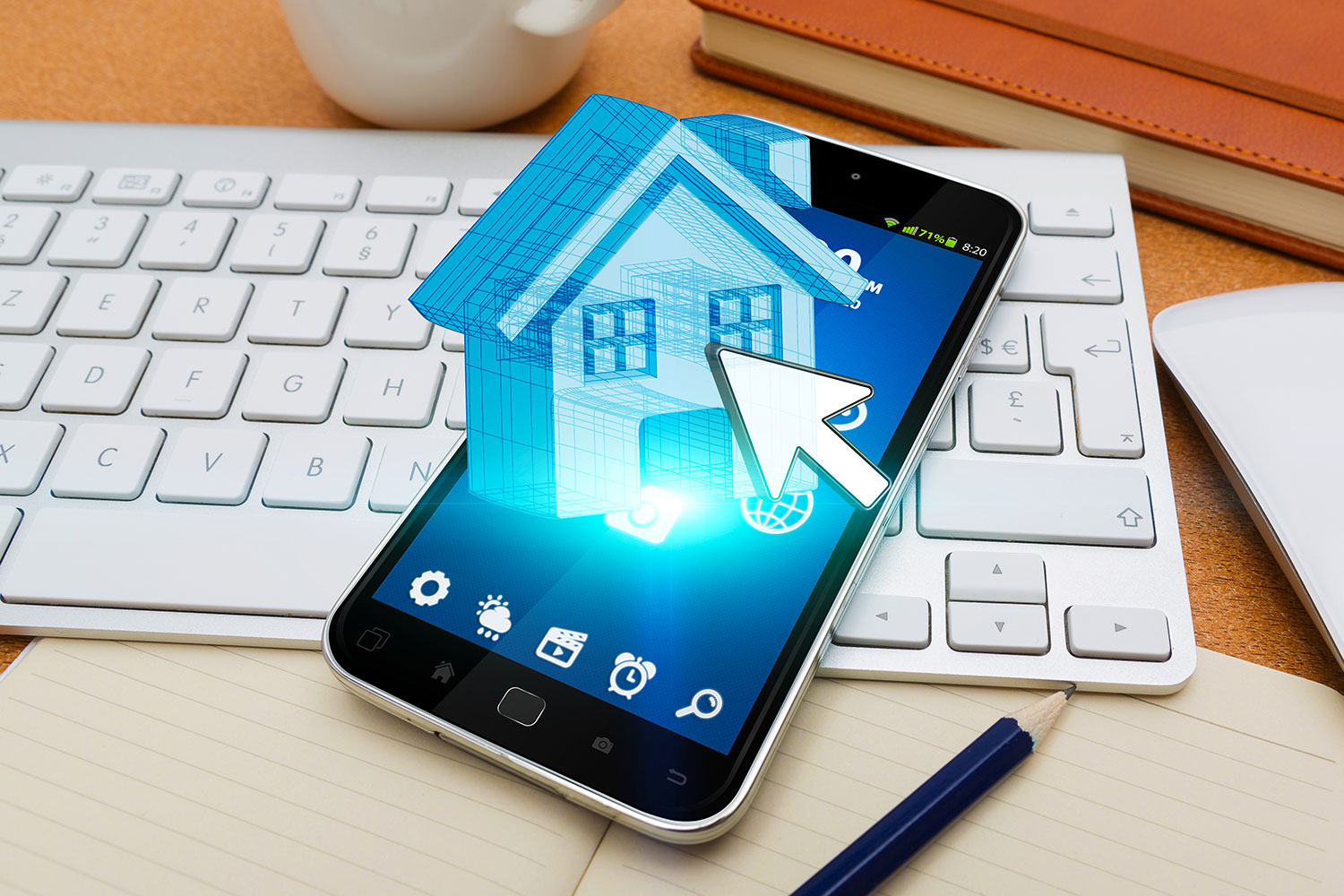 PROPERTY MARKETING GOT SMART AND VIRTUAL IN 2021

PART 1. THE RISE OF THE SMARTPHONE

Smartphones have been around for years, but 2021 will be remembered as the year they overtook the DSLR as the dominant ‘camera’ in real estate photography.

This is not to say that smartphones take better pictures, or that they are the ideal cameras for real estate photography, or even that their users understand how to use them to shoot real estate photos to a professional standard.

But over the course of 2021, far more real estate photos were taken with smartphones than with DSLRs.

Ten years ago, this would have been unthinkable. Five years ago it would have seemed highly unlikely. Three years ago, doubtful. Today it’s fait accompli.  Here are seven reasons why the rise of the smartphone was both inevitable and, most likely, irreversible.

With smartphone technology leaping further ahead each year, makers and retailers of DSLR cameras are feeling like hunted creatures in a real-life version of Pokemon Go. Except,  unlike PokemonGo, the smartphone is definitely no passing fad.

As an effective real estate photography tool, the smartphone is here to stay.

The world’s foremost makers of smartphones are investing serious R & D cash into improving the photographic capabilities of each new version they put to market.

And what the cameras on these latest smartphone models can’t do, apps seem to be able to bridge the gap. There are now apps that can imbue smartphone cameras with powers approaching those of the mighty DSLR. It is now even possible to shoot a 360 virtual tour on a smartphone.

With this sort of money involved, there is a small incentive for the influence of the smartphone to do anything but expand.

With such a strong market forecast it is not surprising to see that even Google,  who trails Apple, Samsung, and Huawei by significant margins in the smartphone trade, telling its investors to expect “higher-than-usual marketing costs” for 2022, as it plays catch-up with its Pixel 6.

But it’s not just the marketing money. It’s the marketing message (rather, messages)  that tells anyone willing to connect the dots that the smartphone, as a camera, is entering a new era of dominance.

Once phones were associated with the ear. Now smartphone makers are skipping over the words to tell us what wonderful pictures their devices can capture.

In 2020, Huawei started this trend with its P40. Their massive North American television campaign announced that this phone had “the world's best smartphone camera.”

Until global politics intervened,  Huawei’s camera-centric play for the top spot in the smartphone food chain was giving Apple fits.

In 2021, Samsung tore a page from Huawei’s promotional playbook, advertising their Galaxy A51 with the slogan: “Awesome screen, awesome camera, long-lasting battery life,”

As we swing into 2022,  Apple has definitely gone all-in on their iPhone 13 Pro camera. Go to apple.com and you’ll see all three lenses of the iPhone 13 Pro staring right back at you. The first line of text you’ll read: “A dramatically more powerful camera system.”

The iPhone 13 Pro contains Apple’s biggest camera upgrade since they started producing smartphones.  They are vowing to users that “this phone will change the way you shoot”.

DSLR makers may have already thrown in the towel. The strongest suggestion of this is that 2021 will conclude with both Canon and Nikon ceasing production of their most affordable DSLRs.

Nikon’s D5600 and D3500 are now “archived products”.  Cannon has also halted production of its EOS R3 - a move that techradar.com describes as putting “a final lens cap on Canon’s DSLRs”.

These discontinued models were Canon and Nikon’s entry-level cameras, at the low end of the price range. Without such affordable devices for aspiring photographers to learn upon, and with accessories and lenses being obsolesced at an alarming rate, it is becoming more and more evident that the future tool of the real estate photographer’s trade will be a smartphone.

With few new DSLR maestros on the horizon, and many of the existing ones approaching retirement, real estate professionals are becoming resigned to the fact that the smartphone is most likely the future of real estate photography.

When Covid rocked the world, these sources of income dried up, many photographers found themselves drifting away from the profession in search of revenue that did not depend on face-to-face contact.

Veteran real estate photographers stayed in the game but became harder and harder to book.

Sadly for DSLR-makers (and happily for proponents of the smartphone), this Great Resignation could not have come at a more pivotal time for the real estate industry.

At the same time that a sizeable percentage of photographers left the profession to find more reliable income, the housing market went bonkers.

“All these properties hit the market and we’ve got fewer photographers out there to shoot them,” Schravemade said, “so wait times to book a photographer blew up in some cases to a month.

“Agents are under a lot of pressure. They’ve got about 10 other agents vying for their listing at any given time...

“With no photographers available, many agents had no choice but to use their smartphones to shoot their photos.”

It wouldn’t be a perfect storm if the market did not go bonkers, hot bonkers, at the exact same time The Great Resignation was taking place.  As soon as real estate photographers become scarce, agents found themselves in a situation where they needed listings photographed faster than ever before.

The arrival of the coronavirus pandemic forced the world (and certainly the real estate industry) to go digital. As we’ve all experienced in this era of electricity - in a digital world, everything happens at the speed of light.

One byproduct of a world that functions at the speed of light is that clients expect things done at this very same pace, or close to it.

“If you list something on a Thursday it needs to hit the market on a Saturday and it’s pretty much impossible to get a professional photographer out there to do the shoot in that sort of time,” Schravemade said.

With photographers booked solid for weeks at a time, and an industry that had gone totally digital,  agents had no choice but to whip out their own smartphones and shoot the pictures themselves.

And let’s face it, never in the history of their careers had these agents had so much incentive to do so.  Covid had not just sped the market up, it had made it hot.  Scorchingly, unbelievably, unprecedentedly hot. In real estate, ’hot’ is often a synonym for ‘lucrative’.

6) When the heat is on, anything can happen

Real estate agents during the pandemic experienced a few unprecedented occurrences. Purchases started coming in from out of state, out of province, and even from out of the country. Buyers were snapping things up sight-unseen, and bidding wars were firing up in record numbers.

Whenever there was a bidding war, it was the virtual property marketing that had drawn in the pool of buyers that necessitate such fortunate circumstances for a seller.

From his front-row seat in this process, Hellaby has seen why agents want to get their images online as quickly as possible. He’s also seen how valuable it can be when these images look good.

“In today's world virtual and digital marketing reaches significantly greater and more targeted audiences than traditional marketing methods. Ultimately it means more eyes on the property which in turn results in greater competition as more buyers fight to secure the property for themselves.”

You might see a dilemma here for real estate agents. How is one supposed to come up with fast, yet high-quality images in an era where professional photographers are scarce to be found?

With a smartphone, fast is easy.  But making the images look good is a different story.

This brings us to the final force behind the smartphone’s meteoric rise in real estate photography during the pandemic: The emergence of professional editing services.

With a techno tweak here and a techno tweak there, photo editing sites can turn the most mediocre real estate image into one that stops a property shopper mid-scroll.

These photo-upload websites are a big reason why it’s so easy to shoot professional quality real estate images using only a smartphone.

Schravemade is the global director of sales, marketing, and revenues for BoxBrownie.com - an organization that includes photo editing in its suite of services.

Shravemade agrees that the ability of these sites to make amateur photography look professional was a big draw during the pandemic. But with such a dearth of professional photographers, he believes agents are equally attracted to the speedy turnaround times that sites like his offer.

“Agents who use our service could legitimately shoot a house, send us the images, and have those back within 12 hours.  That really solved that problem for a bunch of people.”

Head on over to the next blog to read PART TWO of this post about the universal and global acceptance of virtual property marketing.

Agents across the globe swear by the power of Virtual Staging, but many don't realize they can shoot these images with their own smartphone. This post walks you through just how easy it is, so you'll never be deprived of this phenomenal marketing tool.

HOW TO VIRTUALLY RENOVATE A SHED INTO A BREATHTAKING AIRBNB

Gotta see it to believe it! Our Virtual Renovation service can transform even an old shed into a stunning Air BnB rental. If you have unused space on your property, this post can show you how to turn that emptiness into income.

Looking for some quick and easy photography tips to help sell your listing? Well this article is just for you! We’ve put together 8 simple tips that can be implemented immediately (whether you’re shooting with a smartphone or DSLR)!

NEVER BEEN EASIER: HOW TO SHOOT REAL ESTATE WITH THE iPHONE 14

We just picked up the brand new iPhone 14 and one thing is abundantly clear – it is insane at taking high-quality photos! In this video, we shoot an apartment using Apple’s latest tech to showcase how much of a weapon the iPhone 14 is. Check it out now!

HOW TO TAKE PROFESSIONAL PHOTOS ON YOUR IPHONE OR ANDROID PHONE

Want to market your property like a professional but can’t find (or get access to) a good photographer? Or maybe you're looking for an innovative way to take real estate photos whilst saving a few dollars... Well, get excited cause today, we’re going to teach you how to shoot real estate like a professional using only your smartphone!

Throughout this blog, we are going to let you in on a fantastic real estate photography hack... the iPhone 11's new wide-angle lens! This latest technology will allow real estate agents and property managers to shoot wide on their phones just like a DSLR camera with a wide-angle lens.